The Sacred Serpent
For A Heavily Meditated Lifestyle

For a Heavily Meditated Lifestyle

Hail Ganesh!  In the Tantrik tradition, Ganesh is honored first - He is Vinayaka: the Remover of Obstacles. In that spirit, this image represents the triumph of creativity over the base obstacles of life and the movement towards enlightenment.

In his left hands he holds a lotus flower (the goal, enlightenment) and a Scroll (the word and deed made manifest). In his lower right hand he holds a brush (creative expression or idea) and his upper right hand bestows the boon of fearlessness.

The Unalome designs (magical script) that surround his form, are symbolic expressions of the path to enlightenment itself, originating in the ancient Pali script still seen and used in SE Asia today. 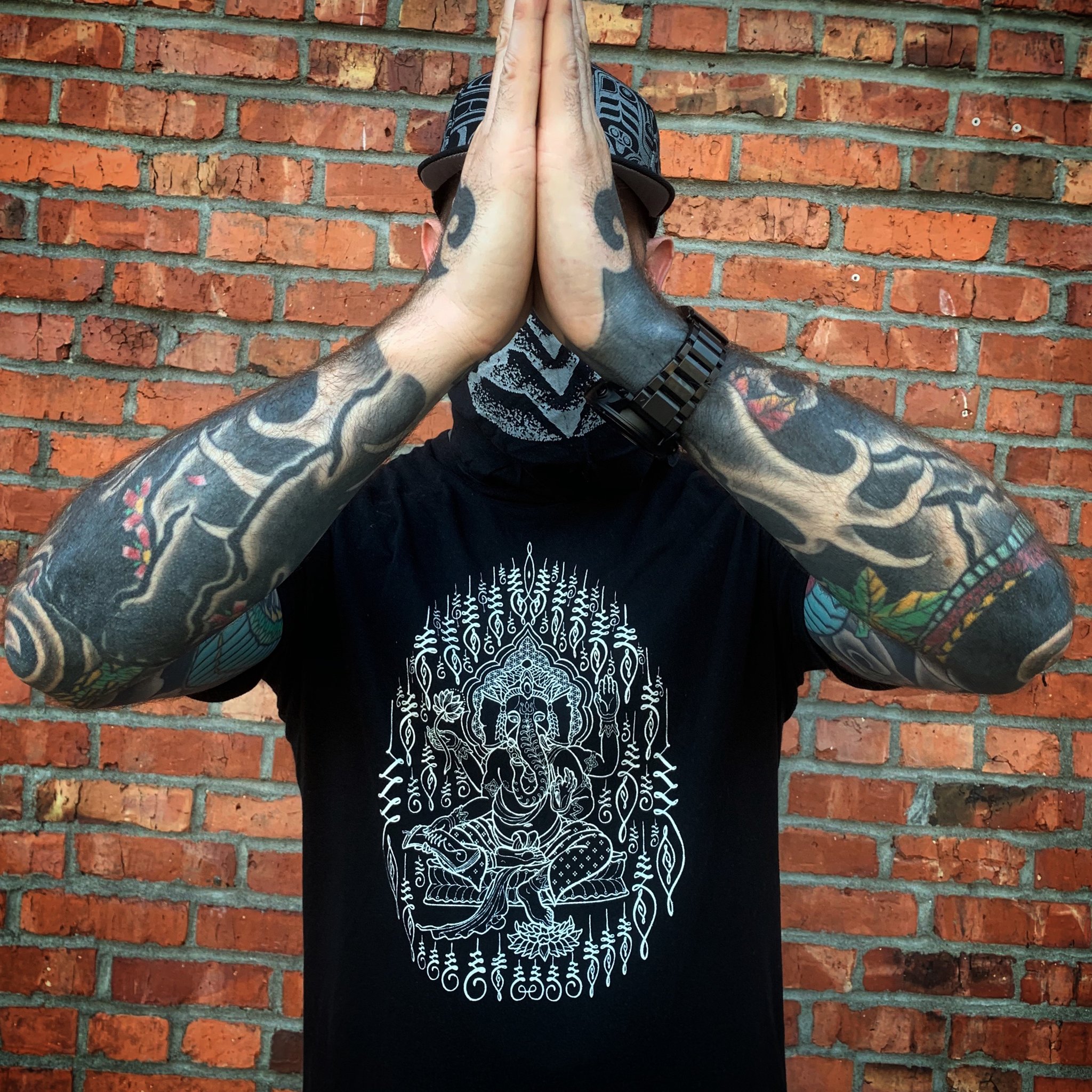 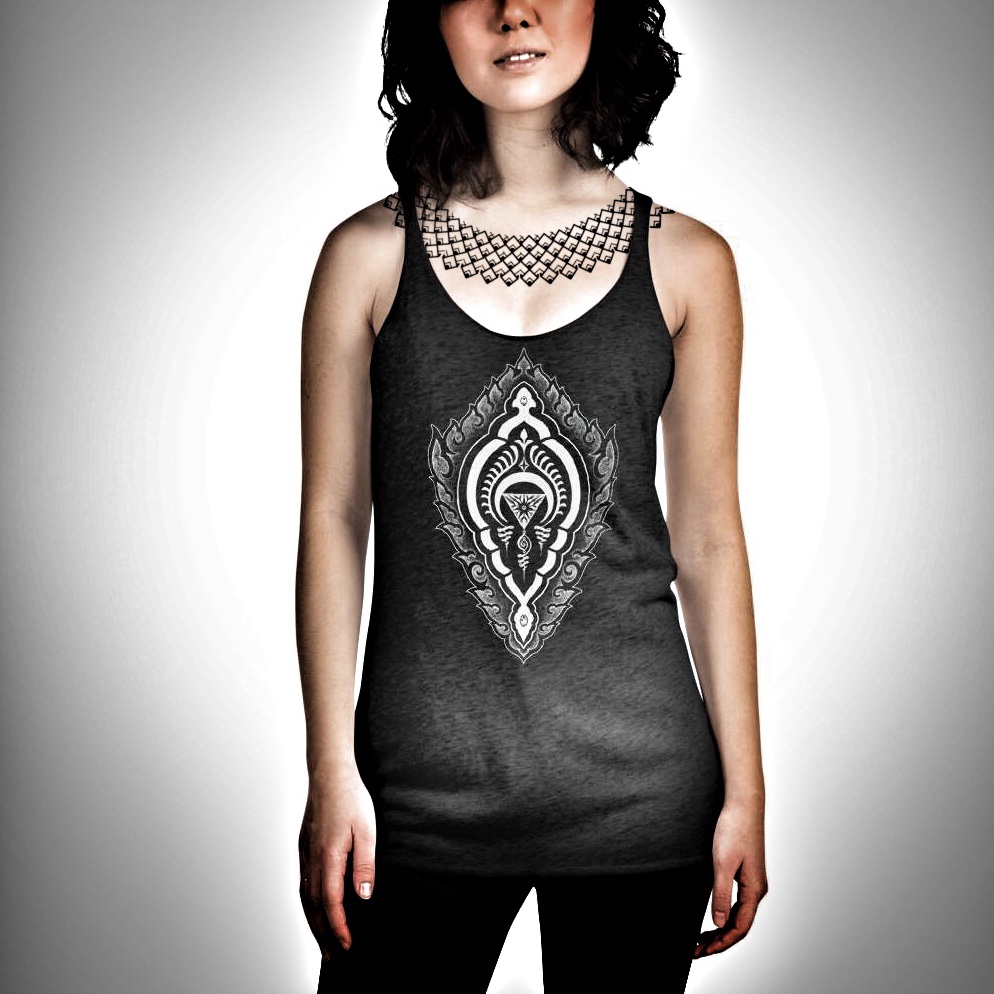 THE gateway.  A portal, like many useful things is defined by it's emptiness.  To pass through a portal is to move through emptiness.  From Non-being into being, nothingness into something-ness, from forgetfulness to remembering.  The Sacred Feminine is how we all have come to exist..  without Shakti, Shiva is Powerless!

Don the power of the creative universe!  BOOOM!

Trillium Devi pattern leggings represent a balance of polarities and the phenomenal abundance of the divine feminine!

Triads Rule!  Trillium is a Three petaled flower in the Orchid family that inspired this geometric pattern.  It favors the downward triangle, which draws energy into manifestation. What will you manifest ? 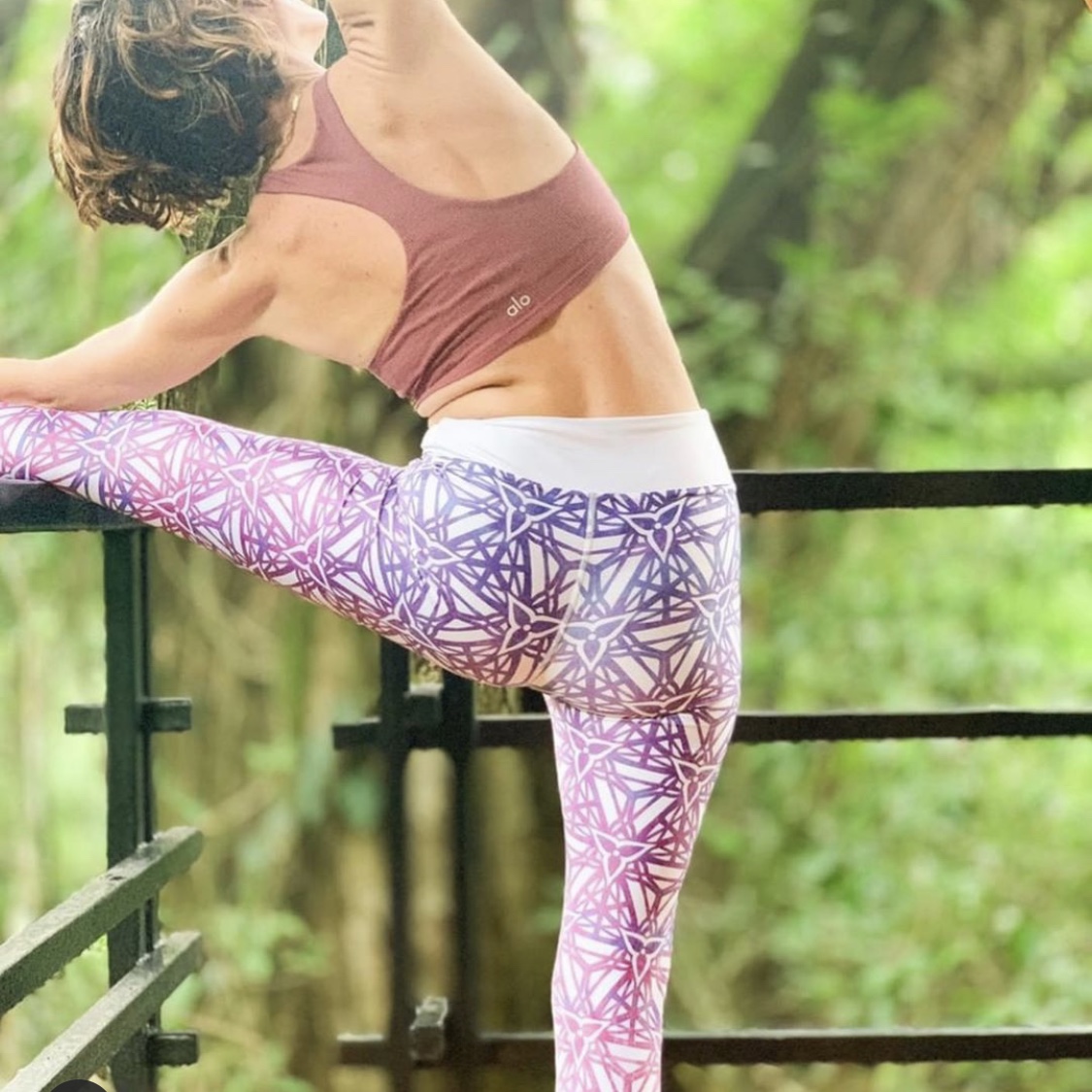 Star of the Macrocosm

The star of the macrocosm symbolizes the energy that pervades the entire universe - illuminating, enlivening, and setting all things in motion.

Through the act of focus and reflection this image reminds us where we come from.  Awaken to the universe within! 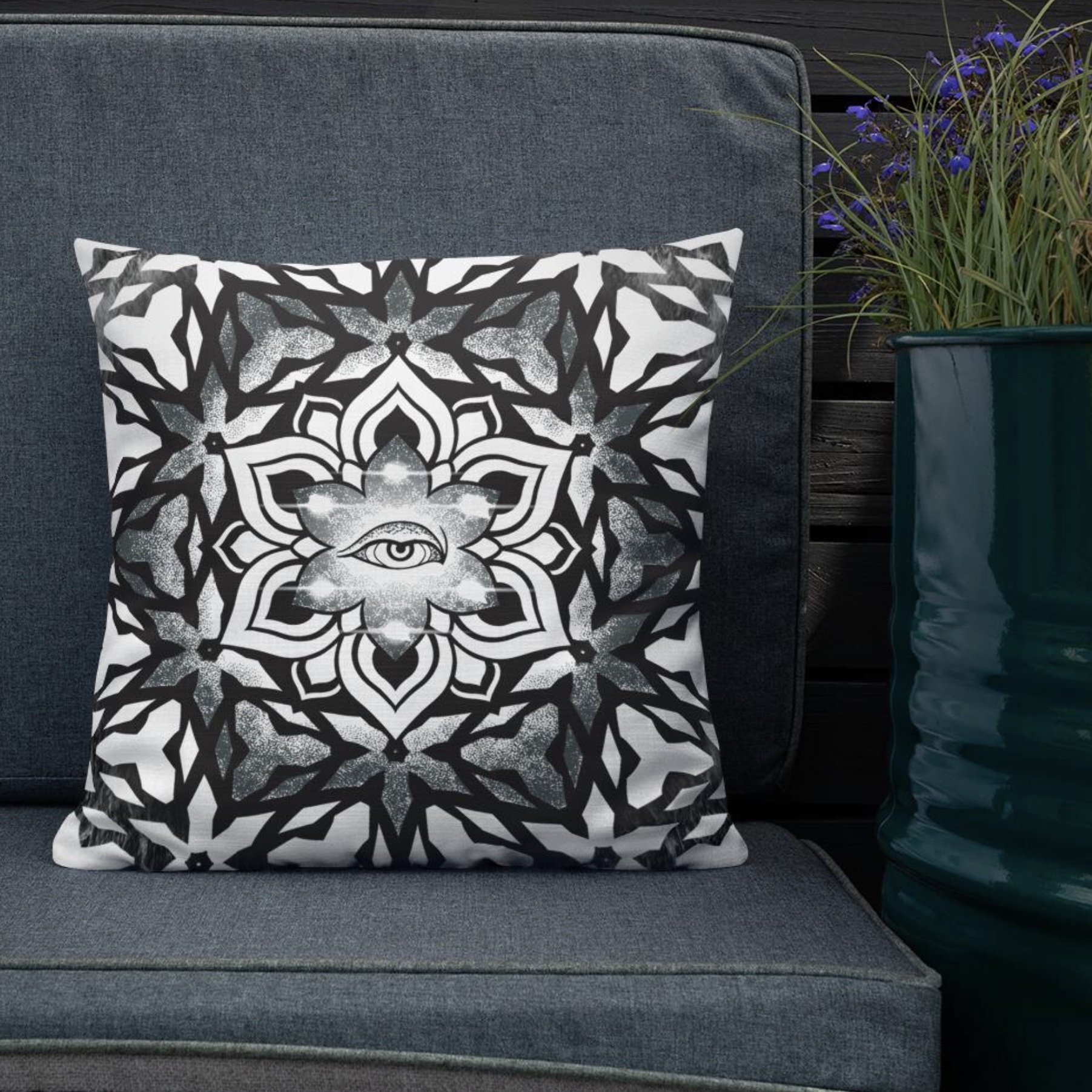 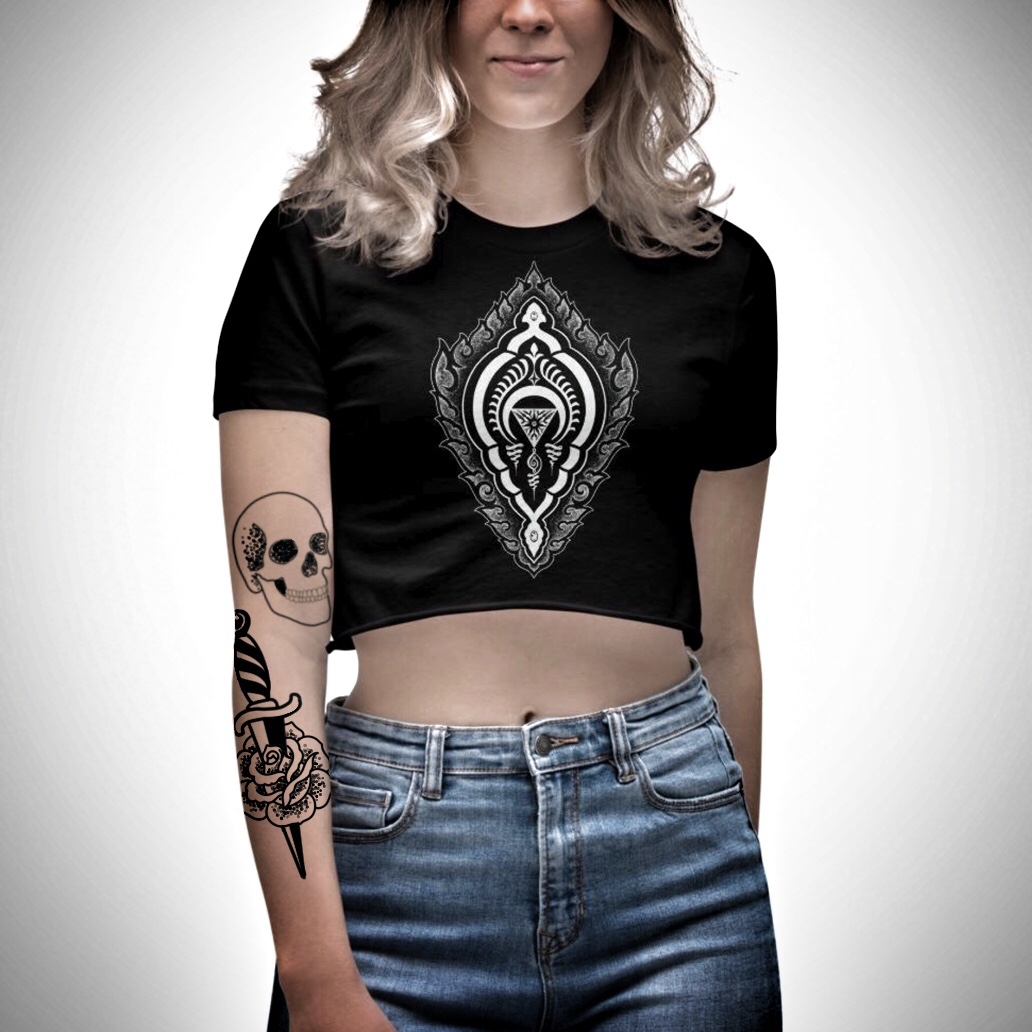 A portal is defined by it's emptiness.  To pass through a portal is to move through emptiness.  From Non-being into being, nothingness into thing-ness, from forgetfulness into remembering.

The Sacred Feminine is how we all have come to exist - There is no balance without such power!

What Our Customers Have to Say 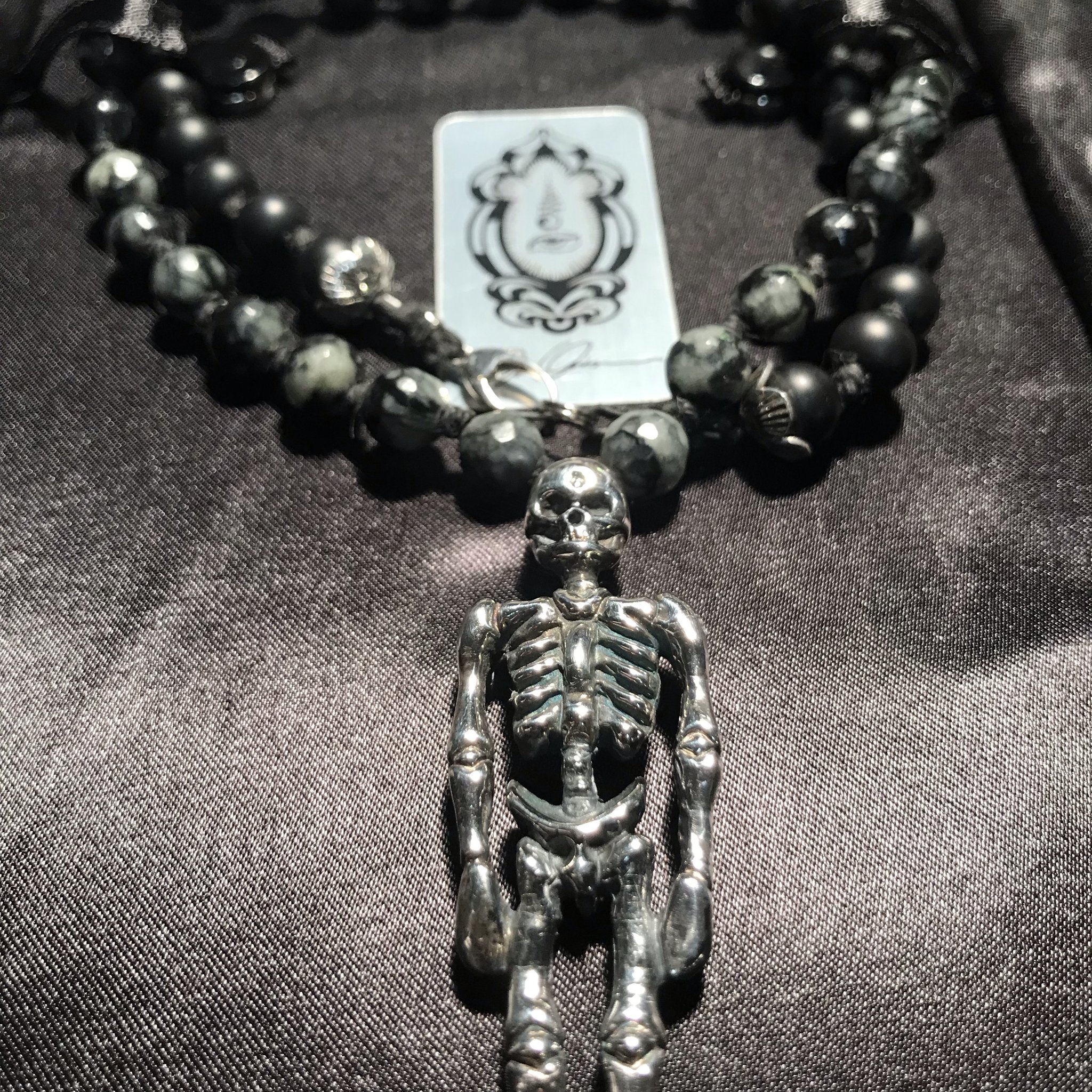 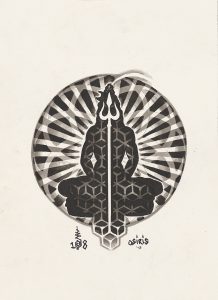 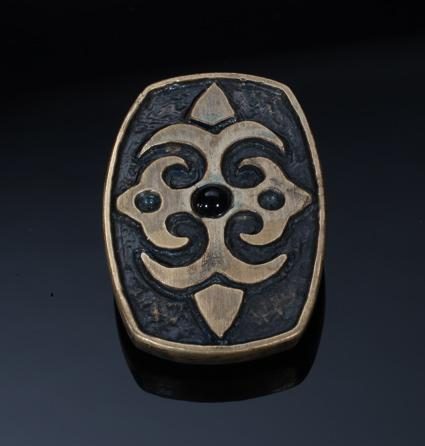 Thank You For Visiting

Be sure to bookmark this page to see our latest releases!